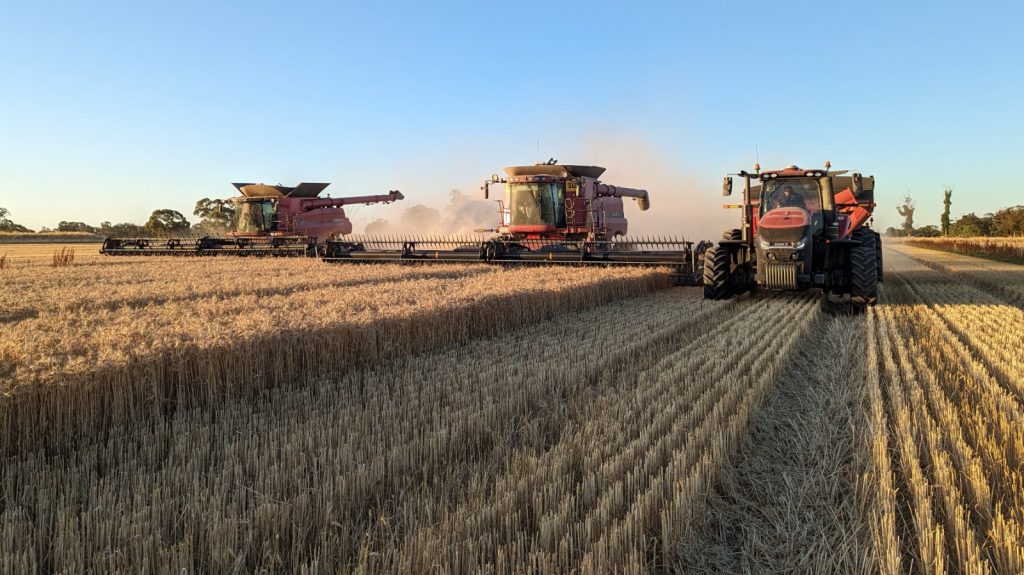 The Kilter Australian Farmlands Fund completed its winter crop harvest in the second week of January. Despite the extensive flooding seen in spring that impacted this cropping season, works completed throughout the farm planning and development phase of the Fund to mitigate climate risks have ultimately resulted in a successful harvest period for the Fund.

The October 2022 flood events impacted much of south-east Australia, with the Goulburn Valley, often referred to as the food bowl of Australia, amongst one of the hardest hit areas. Whilst yields were impacted, pleasingly, grain quality has remained high, and we remain enormously grateful to the farm team for all their work.

Shepparton, Rochester and Echuca, key regional cities near our Australian Farmlands Fund properties, were particularly hard hit, and much of the area is still recovering. Crucial to our social objectives for the Fund is to ensure we support our local communities, and we will continue to build on this commitment in 2023.

Last year Victoria experienced its wettest August since 2010, and September rainfall was above average across most of northern Victoria. October 2022 is now confirmed as the wettest of any month in the recorded history of the Murray-Darling Basin. A rare third successive year of La Nina, in combination with a strong negative Indian Ocean Dipole, saw an overall increase in wet weather conditions accentuated in the final quarter of 2022. Currently, the consensus across climate forecasting models is for a dissipating La Nina and a return to a neutral season between El Nina and La Nina in 2023.

We are pleased to announce that on 21 December 2018, Regal Funds…

the largest grower of irrigated, broad-acre crops in Australia, we have been…