Life and productivity returned to the landscape 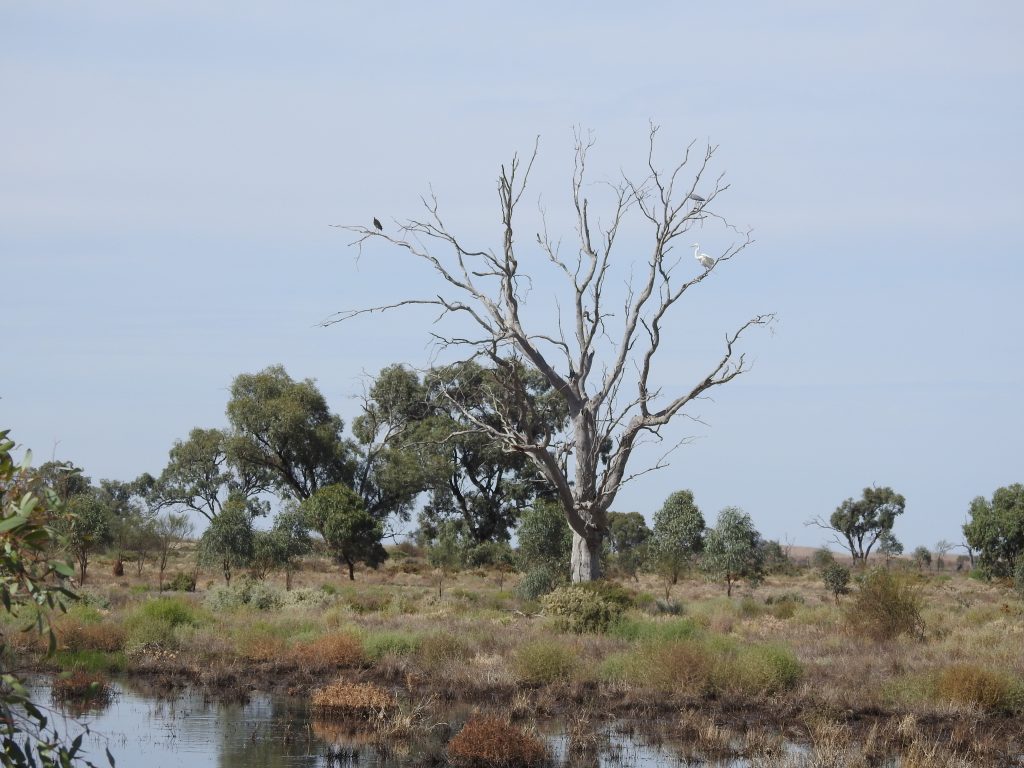 The Winlaton depression has been looking the best it has in a long time, thanks to water for the environment. This depression, situated in northern Victoria, is a natural low point in the landscape and would have originally been a freshwater marsh that carried floodwater to the Loddon River. It has long since been cut off from the floodplain and has remained dry for many years, last running water during the major flood event of 2011.

Early February of this year, Kilter Rural received a donation of approximately 27ML of water from Goulbourn-Murray Water, thanks to some maintenance works that required the pumping out of a section of irrigation channel. This water was gratefully accepted and proved to be the perfect opportunity for us to run an environmental flow down the depression. This first pulse of water triggered the germination of multiple native swamp plants, including native rushes and nardoo. It also attracted an abundance of insect life and ducks.

Since the first environmental flow hadn’t made it to the bottom section of the depression, Kilter Rural purchased 20ML of water to top-up what we had already received. This second pulse of environmental water filled the depression and provided the perfect habitat for a multitude of local fauna species. At any given time, there were large flocks of Grey Teal ducks, with the odd Pink-eared Duck scattered amongst them, as well as White-faced Herons and Egrets. Bird life was abundant and the Eastern Grey kangaroos were utilising the depression regularly. The environmental flow also triggered breeding events for many insect species and the air was filled with dragonflies and damselflies. Life and productivity had been returned to the landscape!

Whilst this event was a once-off, Kilter Rural are currently liaising with the North Central CMA and the Murray Darling Wetlands Working Group with the hope of securing water for the environment on a regular basis to create a living wetland and to support threatened species such as the Australasian Bittern and Growling Grass Frog. As we have seen from the results of this environmental flow, the native seedbank of water plants still remains and it has the potential to become a beautiful ephemeral wetland and a refuge for wildlife in what is essentially a dry landscape.

Found! Flora and fauna to be protected in Northern Victoria

While Kilter Rural undertakes broadscale native vegetation regeneration across its landscapes, it…