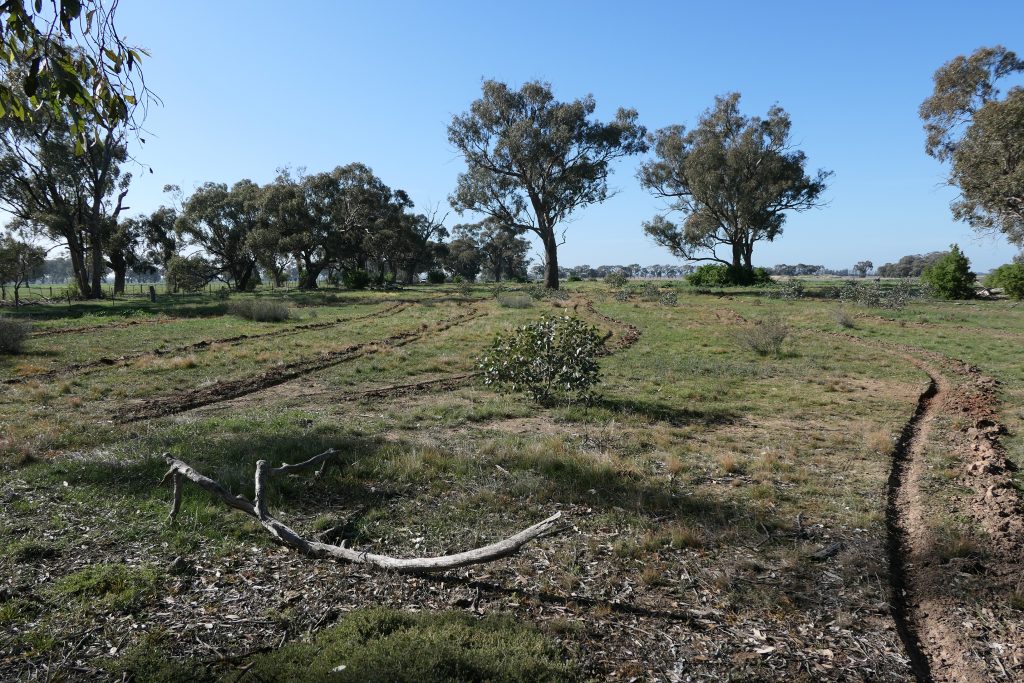 The first scaled revegetation project undertaken for the Australian Farmlands Fund has been completed, with more than 110ha (270acres) seeded with local eucalypts, acacias and other native shrubs.

It‘s a vital step for the fund as part of the global solution to reduce carbon emission levels and addressing climate change.

The revegetation project, involving direct seeding of woody native vegetation, has been registered as a carbon sequestration project with the Australian Government’s Climate Solutions Fund.

Up to 30% of the fund’s farm landscape is allocated to ecosystem protection, with strategic re-vegetation aimed at delivering critical farm resilience outcomes, biodiversity enhancement and carbon sequestration.

When purchased last year, the property had less than 5% remnant native vegetation – a result of previously extensive grazing.

Direct seeding is similar to sowing a single row of crop, with rows typically five metres apart. The seed composition has a genetically diverse provenance to maximise resilience and adaptability, especially in a changing climate. The seed mix is adjusted and distributed according to natural physical variations across the site.

It took two direct-seeding contractors three weeks to complete the seeding process just before the recent May rainfall. More than 65kg of native tree and shrub seed was sown in more than 250km of direct seeding lines.

Growing a connected habitat area for native flora and fauna is important for landscapes, especially on those where native vegetation has been widely removed, says David Heislers, Kilter Rural’s Landscape & Sustainability Analyst.

“These areas will generate a range of eco-services, such as beneficial micro-climates, insect predation, pollination, salinity and drainage management to build productivity and resilience in a planned agricultural program,” he says.

“As with all our projects and myriad partners we are working with, this project model is generating great excitement for returning biodiversity, carbon and natural resilience to farmland at scale.”

Net carbon sequestration rates (sequestration less emissions) of the maturing revegetated areas in combination with the fund’s regenerative cropping program, is expected to average an estimated 6.0 tCO2-e/ha/yr across the total farm area, compared with about 10 tCO2-e/ha/year of net emissions generated from the previous land use. Carbon sequestration offers the fund the opportunity to sell carbon credits into local and global carbon markets.

Kilter Rural has proven capability in landscape carbon and emission accounts associated with managing an institutional investment mandate in north-west Victoria for the past 15 years. In FY18/19, the mandate produced an ‘in-paddock’ carbon-positive balance of more than 5000 tCO2, which equates with removing 1000 average-passenger cars from roads for a year.

Kilter Rural is the first corporate land manager in Australia to undertake a rigorous and scientifically robust methodology of environmental condition reporting.