Agriculture’s resilience in the current climate 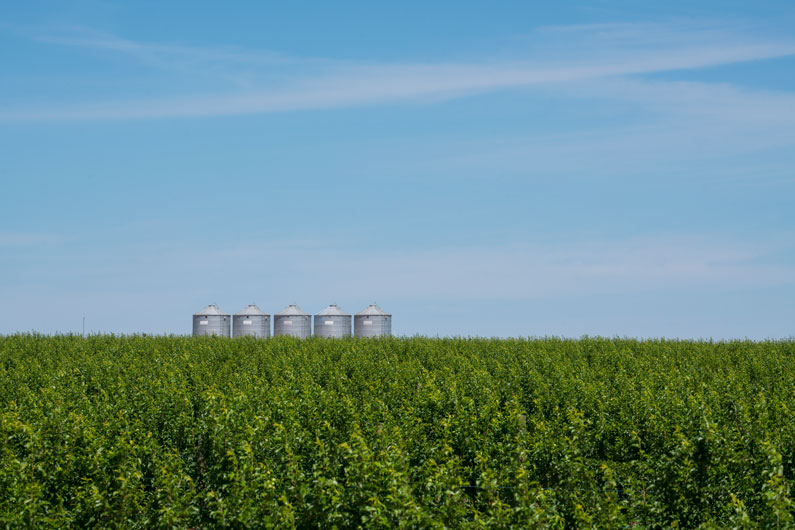 The world has drastically changed and almost all traditional investment markets have been impacted.

Safe-haven assets, such as gold, have experienced value declines as investors seek to cash-in to cover margin calls as equity portfolios plummet.

Daily volatility of this severity hadn’t been seen since 1987. Some minority sectors are bruised but not scarred, experiencing only minor valuation dips and some, such as those in the biotech sector, have even appreciated as optimistic investors seek a potential vaccine solution.

What could be more fundamental in a time of unprecedented crisis than food security?

Strangely, early panic buying trended towards non-food items, yet as the magnitude of the situation was absorbed, the focus shifted towards food. Australia, blessed with a diverse climate and range of geographies, produces enough food for three-times its 25 million people.

On the other hand, the UK produces enough food for half its population and Japan just one third. This has placed enormous pressure on the global food supply chain, now in a state of flux and with productive output massively reduced.

The UN’s Food and Agricultural Organization has stated there will be an additional two billion people on earth by 2050. Based on current systems, farmers will have to increase food production by 50% to meet the expected 2030 demand alone. In order to do so the world needs a paradigm shift, away from the traditional extractive, monoculture-based systems towards mosaics of sustainable, regenerative production systems.

Across the globe we’re losing 0.5% of the world’s arable land per annum and growth in crop yields has plateaued, achieving slightly more than 1.0% since the mid 1990s. The fundamental drivers of farmland and water-value growth remain strong.

This underlying demand trajectory, closely correlated to both population growth and increased wealth globally contributes to the long track record of farmland value growth seen in Australia. Across all rural transactions (eliminating small block and metropolitan sales) where scaled irrigation infrastructure exists, specifically in Victoria and New South Wales, annualised capital growth has been 6.6% and 7.0%, respectively, in the past 20 years.

In Australian agriculture, it’s largely a story of adapt or fail. The Australian climate is not renowned for its mild and temperate nature. Operators that don’t adopt technology for efficiencies nor adjust to allow for climate changes will be short lived.

The rationalisation of Australian farmland has been underway for decades. The better operators are getting bigger, and each year more vertically integrated businesses enter the marketplace with a paddock-to-plate strategy to meet consumer demand for food-with-a-provenance story.

Australian farm businesses have increased in size by 30% since the early 1990s, while the number of farms has reduced by almost 35%. This trend of value-adding and scale-rationalisation, supported by a strong track record of value growth, has contributed to the very low levels of volatility seen in Australian farmland returns ‑ just a 4.0% standard deviation on average in the past 20 years.

To evaluate how these trends apply to corporately managed agribusiness in Australia, we can reference the Australian Farmland Index (AFI). The AFI tracks income and land appreciation performance derived from farmland investments managed by some of the major agricultural asset managers in Australia. Since its inception in March 2015, the index has shown total annual farmland returns of 13.9%, with income of 6.3% and capital appreciation of 7.6%.

Throughout the economic cycles, participants in farmland investments specifically have benefited from its strong capital preservation characteristics. A common misnomer in agribusiness refers to the greater profitability achievable beyond the farm gate. This is the exception and not the rule as businesses not deemed primary production are far more susceptible to the vagaries of economic fluctuations.

The far-reaching impacts of COVID-19 will be testament to this as commercial and industrial landlords are now making adjustments to their earnings forecasts as their tenants face cash flows cliffs, default or worse.

The first comprehensive report analysing capital inflows in agribusiness investments globally was recently completed by specialist industry consultant High Quest Partners in New York. The report found that 40% of the current ag-focused assets under management (AUM) is invested in farmland, equating to US$51.5 billion. The rest is split up between private equity, credit/debt financing of companies, venture capital and impact investing in emerging economies. It’s clear that the lion’s share of AUM lies in farmland investments and the track record speaks for itself.

Beyond COVID-19, the challenge of feeding and clothing a growing population in the face of increasing weather volatility, decreasing arable land and diminishing available water resources will remain. The advent of the UN Sustainable Development Goals, combined with increased ‘shareholder activism’, has encouraged a new level of accountability.

Progressive, forward-thinking investors with an eye to current and future sustainability must now find environmentally credentialed asset managers, capable of producing food at scale with a regenerative approach to managing land and water resources.

It will emerge largely unscathed from the wide-reaching consequences of the current COVID-19 crisis and represents even better value now when viewed on a risk-adjusted basis.