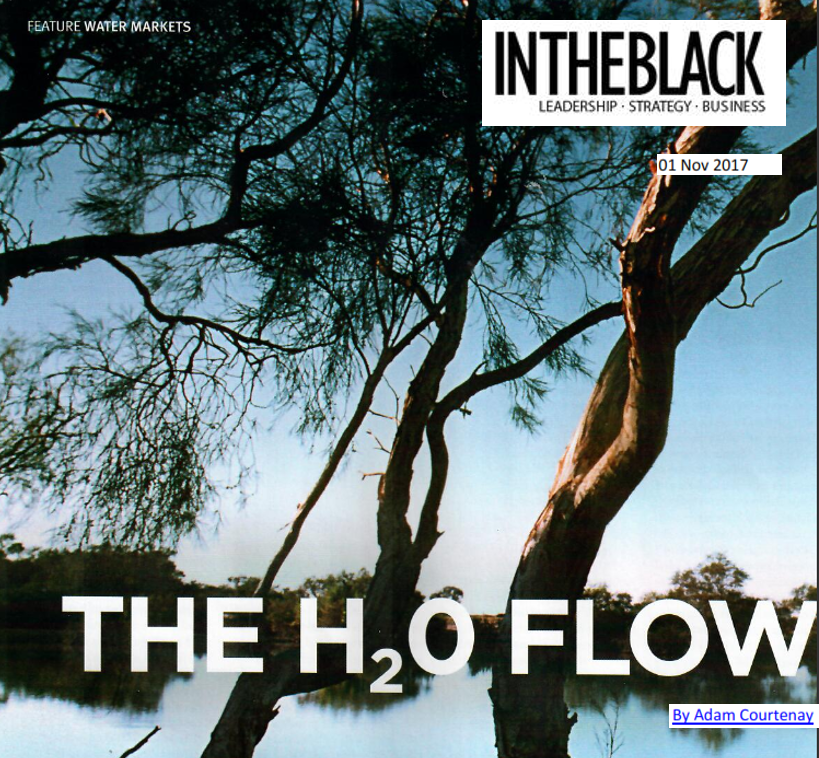 One of the few super funds to invest in water, VicSuper, has been accruing entitlements for close to a decade, initially investing in land in southern Victoria. Its chief executive Michael Dundon told INTHEBLACK that agriculture was the lure, but that the land came with water entitlements, which proved to be increasingly attractive over time.

Water has always been a precious commodity for Australian farmers, and it’s becoming equally valuable to those investors who can understand the market’s complexities.

For many investors, water remains an anomaly: an easy investment that’s difficult to understand. Its attraction is that values are expected to increase, even in good rainfall years. Estimates by government agency Aither project a 10 per cent per annum increase in water prices in low rainfall years, and at least a 7 per cent rise in higher rainfall years.
This is a non-correlated asset, free from the whims of other financial markets. David Williams of investment bank Kidder Williams is sanguine about it: “This is a great investment for your superannuation,” he says.

the largest grower of irrigated, broad-acre crops in Australia, we have been…